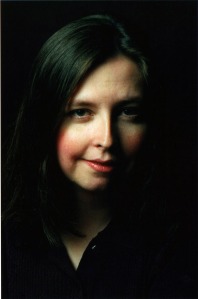 A.K. Whitney is a journalist with 20 years of experience in print and online. She has a Master’s degree in print journalism from the University of Southern California’s Annenberg School of Communications and Journalism.

Her work has appeared in the Washington Post, the Los Angeles Times Magazine, the Denver Post, the Orange County Register, The Times Community Newspapers and the Bay Area (BANG) and Los Angeles (LANG) newspaper groups. She has also written for publications including The Atlantic, Ms., Paste, Cosmopolitan, XOJane, Bitch, Mental Floss and Alternet.

For ten years, she worked for the Press-Telegram in Long Beach, California. She started on the city desk, covering K-12 and higher education, and her beat included seven school districts, three community colleges, and two universities. She then moved to features and worked for seven years as the food section editor. She also covered the arts, becoming the staff theater critic.

After leaving the Press-Telegram in 2008, Whitney continued as a theater reviewer and features writer, covering events ranging from the revival of the musical “Hair” to the California water shortage to a visit by Iranian scholar Azar Nafisi. Her food column, Recipe Request, ran weekly between 2007 and 2014 in the Los Angeles News Group’s papers, including the Daily News, Daily Breeze, Press-Telegram and Pasadena Star-News.

She was a contributing editor to online magazine Sexy Feminist, where readers acclaimed her food politics blog, FemiNoshing, across the blogosphere. She is a regular contributor to Noodle, an educational website, writing mostly about math, which is the subject of her ongoing book project.

A native of Stockholm, Sweden, Whitney spent her childhood and early teens in Scotland, Italy, and Mexico. By the time she was in middle school, she was fluent in five languages. She moved to Southern California at age fifteen, and got her bachelor’s degree in English Literature at Bryn Mawr College.

When not trying to get over her math phobia, Whitney enjoys cooking, reading, traveling and flying small airplanes, much to the dismay of her mother.